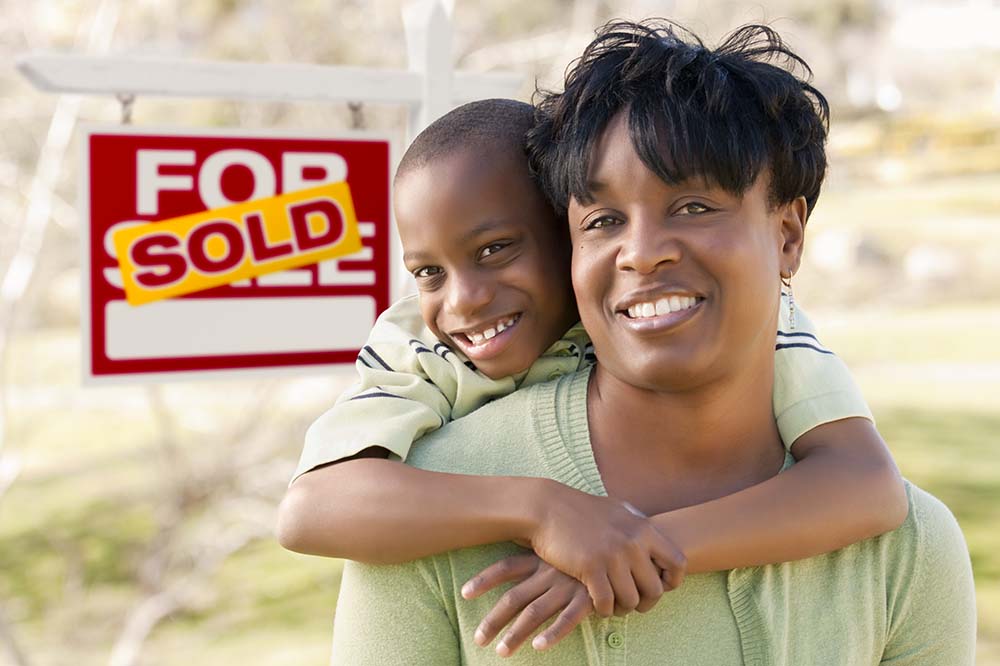 We’re now living in a time where young people are choosing to delay getting married or forgo it altogether, in favor of pursuing career and travel. Single women are leading the way, pushing aside old-fashioned expectations and blazing their own trail independently. One example of this is the rise in the number of single women buying homes. Single women made up 17% of home purchasers in 2016, while only 7% were single men, a statistic some might find surprising. This makes women the second largest home buying demographic after married couples. So why are single women buying homes at a much higher rate than single men? Let’s dive in.

Having children is a big reason why married couples choose to buy their first home. The same can be said about single women, who out-number single fathers by more than 6 million households in the United States. When children are in the picture, single women are more motivated to buy instead of rent for a variety of reasons:

Despite the widespread stereotype perpetuating the idea that women are more concerned about getting married than men are, there are some studies that suggest that women are more likely to embrace being single as a lifestyle. This could account for why women are choosing to make a home purchase on their own, without feeling the need to wait until they find a husband. Other studies also suggest that women are less likely to feel lonely when they don’t have a partner, lending even more insight into why we may be seeing more single women purchasing homes. It would appear that women just don’t see being single as a temporary struggle that they yearn to be out of, but instead, a lifestyle that is to be embraced and lived to the fullest, perhaps by purchasing a new home.

While there remains a wage gap between women and their male counterparts, both men and women have seen their incomes increase in recent years. According to the US Census Bureau, income growth has risen at its fastest rate since the 2008 recession in recent years. This has allowed women to allocate more money to their goal of buying a home, and, combined with the other reasons mentioned above, could explain why more women are willing to pull the trigger on purchasing a new home, despite the fact that it may present a larger financial burden to women than to men. In fact, 18% of female homebuyers cited income growth as a major motivating factor to buy a home.

While there are undoubtedly plenty more reasons why single women are purchasing homes at more than twice the rate of single men, the above gives us key insight into why those numbers are continuing to rise. While the fact that there are three times more single mothers in the United States than single fathers would seem to be the main reason for the discrepancy, the other factors mentioned could explain why we have seen it increase so much in recent years. Women see being single as a lifestyle choice while making more money could be the catalyst needed to get even single women without kids out of the renter’s market and into their own home.

If you’re interested in purchasing your first home, click here to get started! Or check out our other blogs for tips and additional information on the home buying process.